Iona has been enjoying French at Buttercups Syon Park since she turned two. It’s a highlight of her week! We’ve been amazed at her confidence in greeting people in French, asking for things and saying merci.  Her father and I have been delighted to hear her talking to her dolls in French, singing songs and playing games she even had tentative conversations with French children on holiday. Whilst Iona never likes to “perform” she surprised us on several occasions on holiday responding to people in French particularly saying “merci” and “au revoir” naturally and fluently. We’re looking forward to our son starting French with you too.

What our parents say:

[Summer Fun French Week] I wanted to thank you and your tutors for a great French week. My elder son brushed up his French and our younger child had a good start at getting familiar with the language.

[Summer Fun French Week] Thank you very much for the online classes, they have been really enjoyable and it was lovely to see the children joining in and having fun.

[Summer Fun French Week] Though my son tends to be quiet during the classes, he says he “loves it” and he was disappointed that there would be a break now until next term!

[Summer Fun French Week] My son has thoroughly enjoyed this week and the term prior to that, too. I’m hoping we can sign him back up to classes regularly in September. 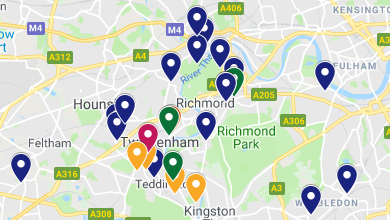